Military brat websites & organizations
Military Brats Inc.
http://militarybratsinc.org/
Dedicated to preserving the heritage and strengthening the cultural identity of those who grew up military.
Military Brats Online
www.militarybrats.net
At Military Brats Online, everyone gets you. If you have been living in the civilian world for a while, missing the moving about and making new U.S. military brat friends, this is the place for you. Military Brats Online is here to help you to re-connect with your U.S. military brats heritage and with friends you have met along the way in your nomadic life. Once you sign up and you are verified, you can search for old and new friends, edit your profile, create blogs and fully participate in the community including contacting other members.
Members can create their own discussion groups, chat, blog, create photo albums, form discussion groups, create events, and more!
Think of Military Brats Online as a gathering place just for U.S. military brats (and spouses) and teachers, and a place where you can share your experiences growing up in a Military family, rekindle friendships, and a place to make new friends.
Military Brats Registry
www.militarybrat.com
Did you grow up in the Military? Do you have trouble answering the question "where are you from?" Then you've come to the right place! The Military Brats Registry offers you a way to find your friends and a way for them to find you.
There is no cost to register your information here, and no cost to search for your friends. If you have not registered, do so today...your friends may be waiting for you! DoDDS teachers and family members are welcome also.
Operation Footlocker
www.operationfootlocker.com
The traveling footlocker, full of objects and photos donated by military brats, is certain to uncork memories and prompt story-swapping. This is how we brats connect to our lost childhoods, and celebrate the unusual way we grew up.
Invite Operation Footlocker to your reunion or brat discussion group! There is no fee beyond shipping costs.
Overseas Brats
www.overseasbrats.com
Overseas Brats is an organization and magazine for those associated with American Overseas schools designed to serve the needs of thousands of Overseas Brats.
Since April 8, 1986, Overseas Brats has been making the dream become a reality for those associated with overseas schools who are looking for former friends and classmates through a number of ways:
Books & movies about military brats 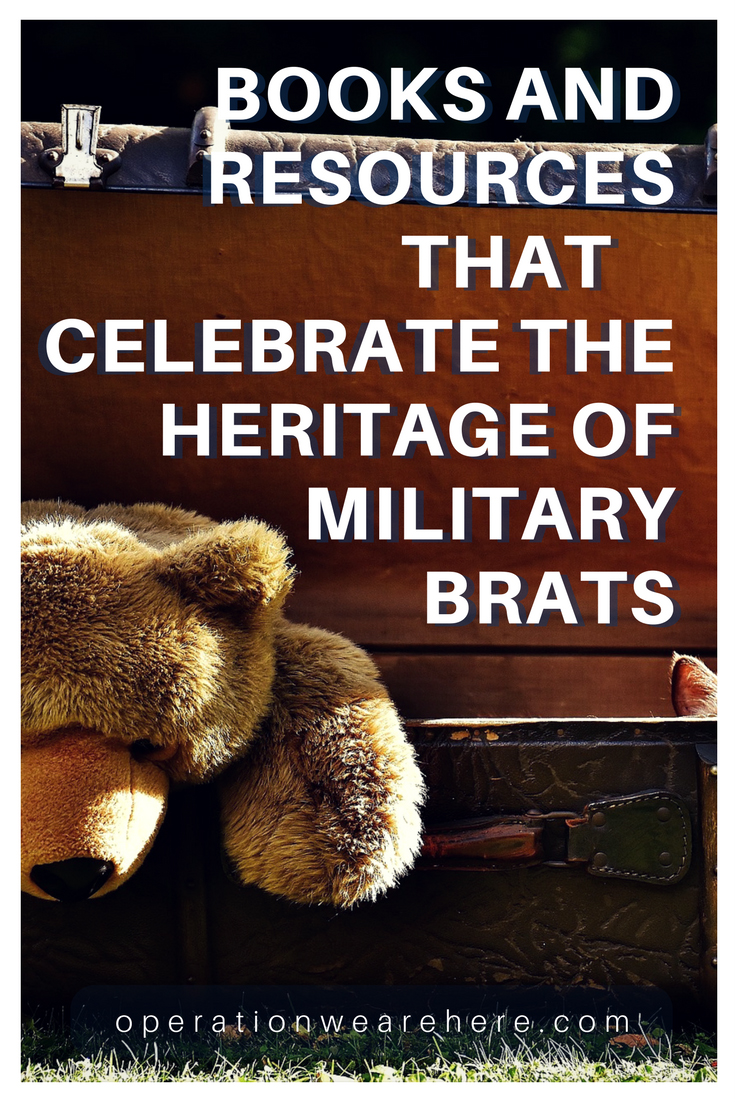 Be sure to check out these ADDITIONAL resources:
Military child & teen resource directory
Benita Koeman of Operation We Are Here is a participant in the Amazon Services LLC Associates Program, an affiliate advertising program designed to provide a means for sites to earn advertising fees by advertising and linking to Amazon.com. When you purchase a product that is linked to Amazon, I earn a small commission which in turn helps me to continue with my mission of providing resources to the military community and military supporters. Learn more...
Resources for supporters of military and veteran families
Home front families
Military personnel
Parents
PTSD, wounded warriors
Loved ones of the fallen
Military and veteran family resources