Back to top
Copyright 2008 - 2019 Benita Koeman, Operation We Are Here.  All rights reserved.
Operation We Are Here is a HUB of RESOURCES for the military community and military supporters.
Military support is not a concept to embrace; military support is sacrificial action. Visit our military support TOOLKIT.
Resources for educators of military children
Return to the Military Children & Teen Resource Directory - LINK
Return to Resources for Military Home School Families - LINK
Scroll down for more information about:
Teacher resources
Educational resources about Memorial Day and Veterans Day
Educational resources about the U.S. military
Books 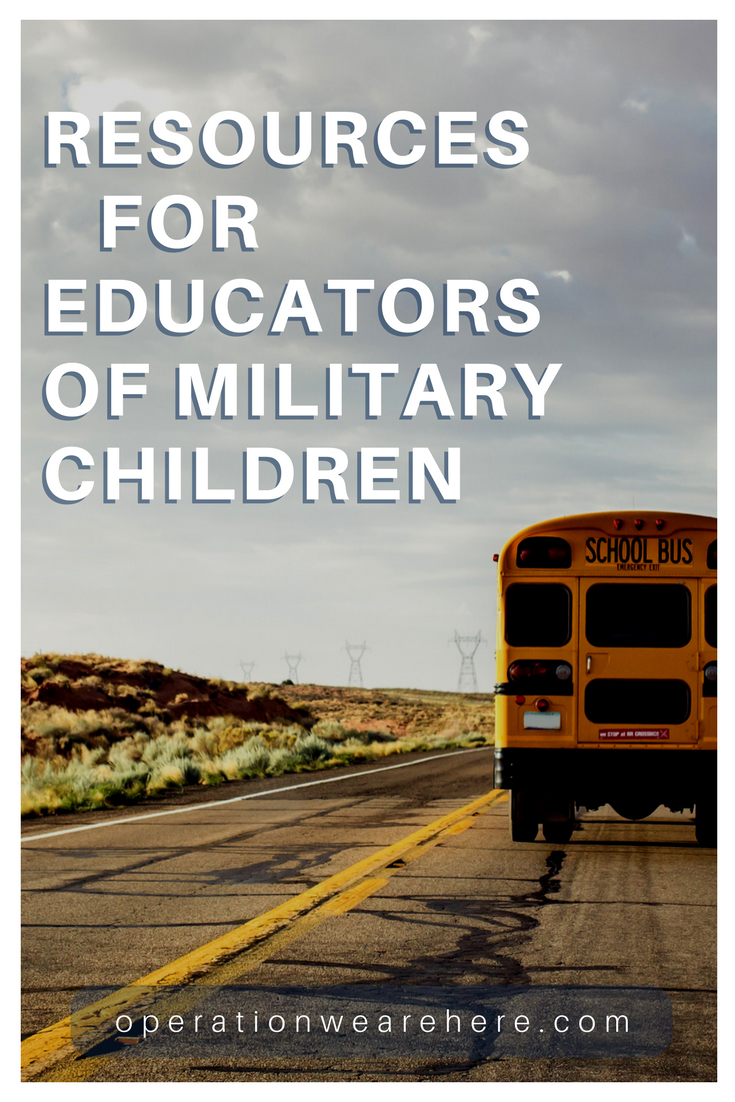 Books
Benita Koeman of Operation We Are Here is a participant in the Amazon Services LLC Associates Program, an affiliate advertising program designed to provide a means for sites to earn advertising fees by advertising and linking to Amazon.com. When you purchase a product that is linked to Amazon, I earn a small commission which in turn helps me to continue with my mission of providing resources to the military community and military supporters. Learn more...
Seasons of My Military Student
Practical ideas for parents and teachers
Authors: Amanda Trimillos and Stacy Allsbrook-Huisman
Copyright @ 2018
http://seasonsofmymilitarystudent.com/
Military-connected students move frequently, changing schools as many as nine times from preschool to high school graduation. With each move, they adjust to a different curriculum, meet new teachers and coaches, adapt to a new learning environment, and develop new friendships--all amid other military life challenges, such as a parent's deployment.
Seasons of My Military Student helps parents and teachers:
The Military Parent's Complete Guide to Public, Private, and Charter Schools
Everything you need to know to make the right decision for your child
Author: Frederick A. Birkett Ed. M, Copyright @ 2013
http://www.k12.com/who-we-help/military-families.html
When moving to a new duty station, finding the right school for a child’s academic needs is often a worrying and stressful task. However, a new book written by a renowned U.S. educator provides military parents with a complete guide to public, private and charter schools. In short, it’s everything they need to make the right choice for their children.
Resources for supporters of military and veteran families
Home front families
Military personnel
Parents
PTSD, wounded warriors
Loved ones of the fallen
Military and veteran family resources