Do you know someone who has lost a loved one while serving in the military?
How can we even begin to know what to do to show our love and support?
Karie Fugett shares some insights and lists some practical do's and don'ts.
To read additional insights contributed by others who have experienced loss, visit this link.
Contributed by Karie Fugett 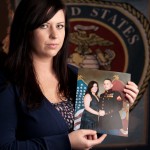