Memorial Day videos​
While YouTube has numerous videos, here is a recommended video about Memorial Day:  The Poppy Lady - Moina Bell Michael and Her Tribute to Veterans
Also, archivist Rod Ross brings meaning to the intention of the founder of Memorial Day, John A. Logan, whose 1868 proclamation led to today’s holiday. - Memorial Day: Why It Matters
Facts about Memorial Day
In 2000, only 28% of Americans understood the true meaning of Memorial Day (www.ngl.org). It is important that we do not forget the sacrifices of our military service members. We must pause to honor, reflect and remember the precious lives lost while fighting in war.
The facts and information that follows is Operation We Are Here's efforts to re-educate and reinform Americans regarding the importance of Memorial Day and provide meaningful ways to honor the fallen.
What is Memorial Day about? Here are some quick facts...
Memorial Day quotes
Meaningful Memorial Day quotes
"I only regret that I have but one life to lose for my country." -- Nathan Hale, American patriot
“The beginning of the end of war lies in remembrance.” - Herman Wouk
"It is foolish and wrong to mourn the men who died.
Rather we should thank God that such men lived." - General George S. Patton
"That we here highly resolve that these dead shall not have died in vain; that this nation, under God, shall have a new birth of freedom; and that government, by the people, for the people, shall not perish from the earth." -- Abraham Lincoln, Gettysburg Address, 1863
"The 30th of May, 1868, is designated for the purpose of strewing with flowers, or otherwise decorating the graves of comrades who died in defense of their country during the late rebellion, and whose bodies now lie in almost every city, village, and hamlet churchyard in the land...." -- General John A. Logan
"Let no vandalism of avarice or neglect, no ravages of time testify to the present or to the coming generations that we have forgotten as a people the cost of a free and undivided republic." -- General Logan, 1868
"Let us in this solemn presence renew our pledges to aid and assist those whom they have left among us a sacred charge upon a nation's gratitude, the soldier's and sailor's widow and orphan." -- General Logan, 1868
"This Memorial Day, on which we decorate their graves with the tokens of love and affection, is no idle ceremony with us, to pass away an hour; but it brings back to our minds in all their vividness the fearful conflicts of that terrible war in which they fell as victims.... Let us, then, all unite in the solemn feelings of the hour, and tender with our flowers the warmest sympathies of our souls! Let us revive our patriotism and love of country by this act, and strengthen our loyalty by the example of the noble dead around us...."  -- General Logan, May 30, 1870
"All of us hope and pray that the time will come when we no longer need to dedicate memorials to men who died in battle--that we will dedicate memorials to those who live in peace--to all nations and all men." -- Senator Frank G. Moss, USS Utah Memorial ground breaking, December 7, 1971
"The United States and the freedom for which it stands, the freedom for which they died, must endure and prosper. Their lives remind us that freedom is not bought cheaply. It has a cost; it imposes a burden." -- Ronald Reagan, Memorial Day speech, 1982
"To preserve the peace, we must never forget the sacrifices that have paved the way to peace." -- Bill Clinton, Memorial Day Address, 2000
"Changing the date merely to create three-day weekends has undermined the very meaning of the day. No doubt, this has contributed greatly to the general public's nonchalant observance of Memorial Day." -- VFW Memorial Day address, 2002
"They defended our nation, they liberated the oppressed, they served the cause of peace. And all Americans who have known the loss and sadness of war, whether recently or long ago, can know this: The person they love and miss is honored and remembered by the United States of America." -- George W. Bush, Memorial Day Address, 2004
Observing Memorial Day
Here are some suggestions, opportunities, and other insights...
http://skitguys.com/videos/theme/memorial-day
http://www.worshiphousemedia.com/seasonal/memorial
http://www.hyperpixelsmedia.com/seasonal-church-media/memorial-day-church-media
Websites
Arlington Cemetery
www.arlingtoncemetery.mil
This website details the nation's historic military burial ground in Arlington, Virginia.
Freedom Rock Tour
https://www.thefreedomrock.com
Annual "Thank You" to our nations veterans painted during the month of May for Memorial Day. Artist Ray Sorensen also known as Bubba started this annual tribute in 1999.
General John A. Logan Museum
www.loganmuseum.org
Major General John A. Logan was a Civil War veteran who founded Memorial Day in 1868.
Memorial Day History
www.usmemorialday.org
A resourceful website which details the history of Memorial Day. The site also includes poetry, speeches, photos, links and tips on how to observe Memorial Day. Visit this LINK to read the orders of General Logan in the observance of Memorial Day.
National Memorial Day Concert
http://www.pbs.org/national-memorial-day-concert/home/
Live on PBS on Sunday, May 30, 2021, from 8:00-9:30 pm ET (check local listings).
On the eve of Memorial Day, a star-studded lineup will grace the stage for one of PBS' highest-rated programs. This multi-award-winning television event has become an American tradition, honoring the military service and sacrifice of all our men and women in uniform, their families at home and those who have made the ultimate sacrifice for our country.
National Memorial Day Parade
www.nationalmemorialdayparade.com
Stay tuned for details for the 2021 event.
The History Channel
http://www.history.com/topics/memorial-day-history
This website includes, videos, speeches, photos and interactives.
US Federal Holidays - Memorial Day
https://usafederalholidays.com/memorial-day
Describes the history of Memorial Day and lists common activities that occur on Memorial Day.
VA - Memorial Day
http://www.va.gov/opa/speceven/memday/
The Department of Veterans Affairs' Memorial Day resources.
Waterloo Memorial Day Museum
https://wlhs-ny.com/national-memorial-day-museum/
Waterloo, New York, is the only federally recognized birthplace of Memorial Day. 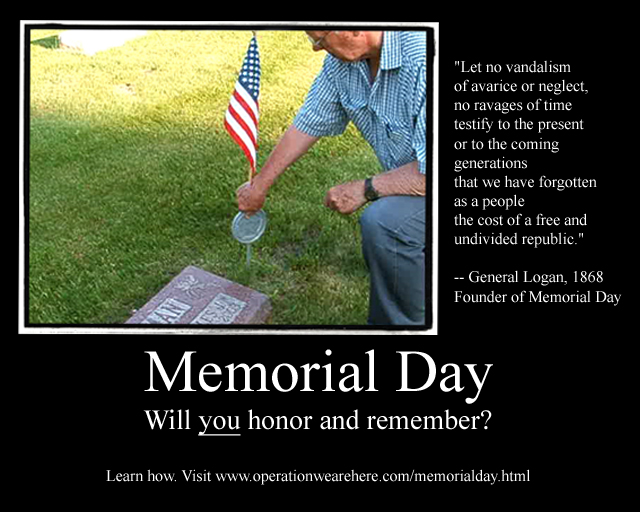 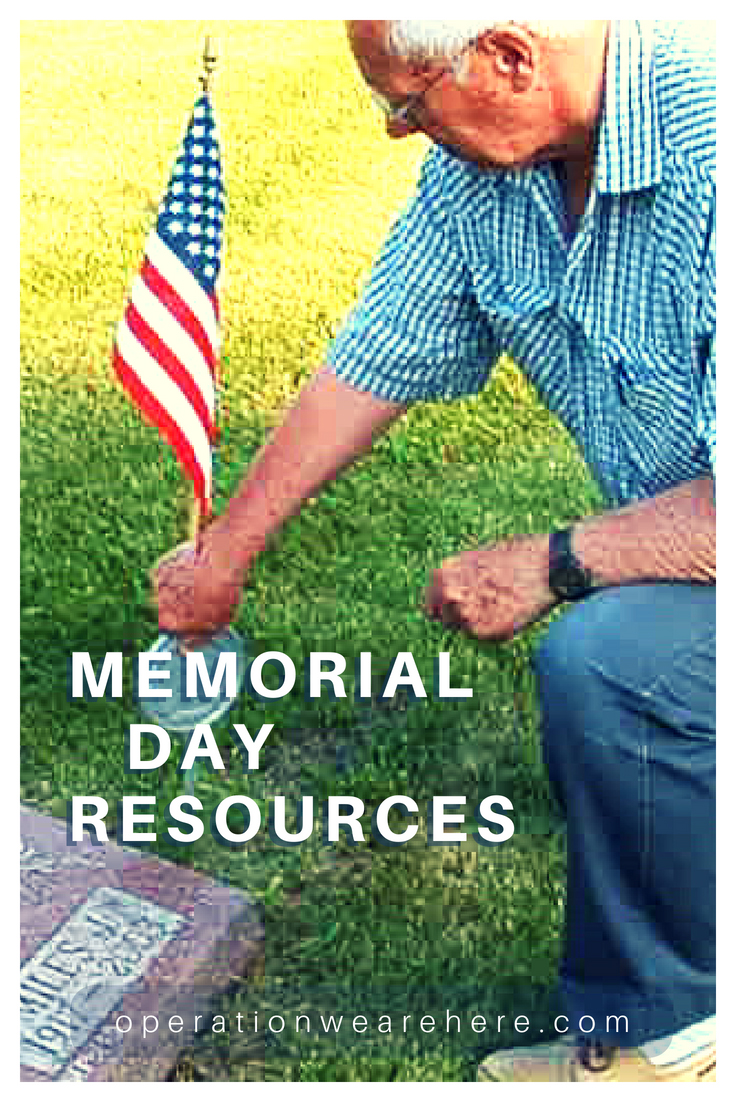