Author: Gilbertha Guth, Copyright @ 2005
Offering an inside look at military family life spanning WWII through the Korean and Vietnam Wars, this memoir not only chronicles the heroism of those in combat but that of the wives and families at home as they live under the constant shadow of potential loss. Married at the age of 22 to a dashing young jet pilot, young bride Gilberta Guth embarked on what was for many years a global journey, following her husband all over the world as he pursued his career. From their honeymoon in Las Vegas to an Ichibon sayonara and a St. Gobain au revoir to his final assignment in civilian life, she stood by his side and raised their four children. In the process she learned to cope with the tragic death of young pilots and how the other wives and family members comforted the widows and helped them pack up their children and leave the familial embrace of the military. Reproductions of letters, photos, and newspaper clippings further enrich this moving account of the challenges faced by a military family in both wartime and peacetime.
The Five Star Life of a Military Wife
Author: Karin Jarrett, Copyright @ 2009
Older military spouses can recall similar experiences. Newer military spouses can look forward to them. Non-military readers can enjoy a twenty-eight year tour of active duty through The Five Star Life of a Military Wife without the actual need for moving vans, passports and change-of-address forms. Enjoy an amusing travelogue from post to post in the United States, plus travels twice around the world including tours of duty in Germany, Israel, Iran and Egypt's Sinai Desert.
The Life of a Navy Wife

Author: Jasa L. Bowser-Shaw, Copyright @ 2004
Jasa Shaw was a young married Navy wife at the tender age of 18, learning about the Navy via day-to-day experiences. Some of the experiences were positive, some werent. But these experiences helped her to realize that Navy wives are a special breed. The old saying about Navy wives, It is the toughest job in the Navy, seemed so cliché before, but it now rings so true. Navy wives do have a tough job and give up so much for their husbands careers. This book tells some of the good, the bad, and the ugly, though not necessarily in that order. It also contains some good information and ideas for living the Navy lifestyle. Read and laugh along with Jasa as she tells her experiences, which are relatable to every military wife's life, and know that you aren't alone!
365 Days of Deployment
A wife's survival story
Author: Sara Dawalt, Copyright @ 2007
Follows a military wife's experiences during her husband's deployment to Iraq. Filled with laughter, tears, and everything in between, this book explores the wide-ranging emotions brought about by a loved one's deployment. Through self-exploration Sara Dawalt explores the skills necessary to cope and make sense of her life during a point of turmoil. She reaches a turning point and gains a new understanding of herself, life, and how to survive deployment. Her quest for happiness during what could have been her darkest year will touch your life. Dawalt shows you how each day apart from a loved one at war can be a meaningful experience.
Under the Sabers
The unwritten code of Army wives

Author: Tanya Biank, Copyright @ 2006
Under the Sabers is a groundbreaking narrative detailing the complex personal challenges Army wives face and presenting a provocative new look at Army life. Tanya Biank goes beyond the sound bites and photo ops of military life and shows what it is really like to be an Army wife. From hauling furniture off the rental truck by yourself at a new duty station when your husband is in the field to comforting your son who wants his dad home from Afghanistan for his fifth birthday, she takes readers into the hearts and homes of today's military wives.
We Band of Sisters
Author: Gwen C. Rollings, Copyright @ 2007
She fell in love with her brother's drill instructor and stuck by his side through their rollercoaster military life and his retirement as a major general. Gwen Rollings tells with humor and honesty the heartfelt story of her life as a Marine wife, one that will resonate with any military wife today.
When Will My Ship Come In?
The misadventures of a Navy wife

Author: L.A. Krueger, Copyright @ 2006
What’s a girl to do? Her husband ships out on an aircraft carrier for months on end leaving this naïve newlywed to deal not only with boredom and loneliness, but with psychotic house cats and uppity appliances as well! When Will My Ship Come In? The Misadventures of a Navy Wife is a hilarious romp through one woman’s encounter with the United States Navy and how she lived to tell about it.
While They're at War
The true story of American families on the homefront
Author: Kristin Henderson, Copyright @ 2006
"Most of us are aware of the horrors of war and of the sacrifice made by our fighting men and women. Less well understood is the burden borne by the families our service members leave behind. While They're at War reveals their solidarity and hope; their loneliness and anguish in the face of uncertainty. Authentic and from-the-heart, this is a piece of often untold American history, and a must-read for those both in and out of uniform."  Review from Senator John McCain
Wife of a Soldier, Journey of Faith
Author: Diana Juergens, Copyright @ 2009
Wife of a Soldier, a Journey of Faith is about one woman’s journey over the last twenty-two years as an army spouse. Each chapter is filled with the realities of the challenges and blessing she has faced, along with her family, as she has lived out the military lifestyle, in support of her soldier. Her goal is to encourage other military spouses by using her lessons learned to give them a new perspective as they face the difficult journey required of today’s military family. Her hope is that God’s faithfulness will shine through her simple message and that each woman would realize they too have a story to tell that will encourage others because of the strength and courage God places in the heart of the military spouse.

Books by military spouses about military life
Disclosure: Benita Koeman of Operation We Are Here is a participant in the Amazon Services LLC Associates Program, an affiliate advertising program designed to provide a means for sites to earn advertising fees by advertising and linking to Amazon.com. When you purchase a product that is linked to Amazon, I earn a small commission which in turn helps me to continue with my mission of providing resources to the military community and military supporters. Learn more...
Return to Books for the Military Community & Supporters - LINK
Military spouses share personal stories about military life & deployment 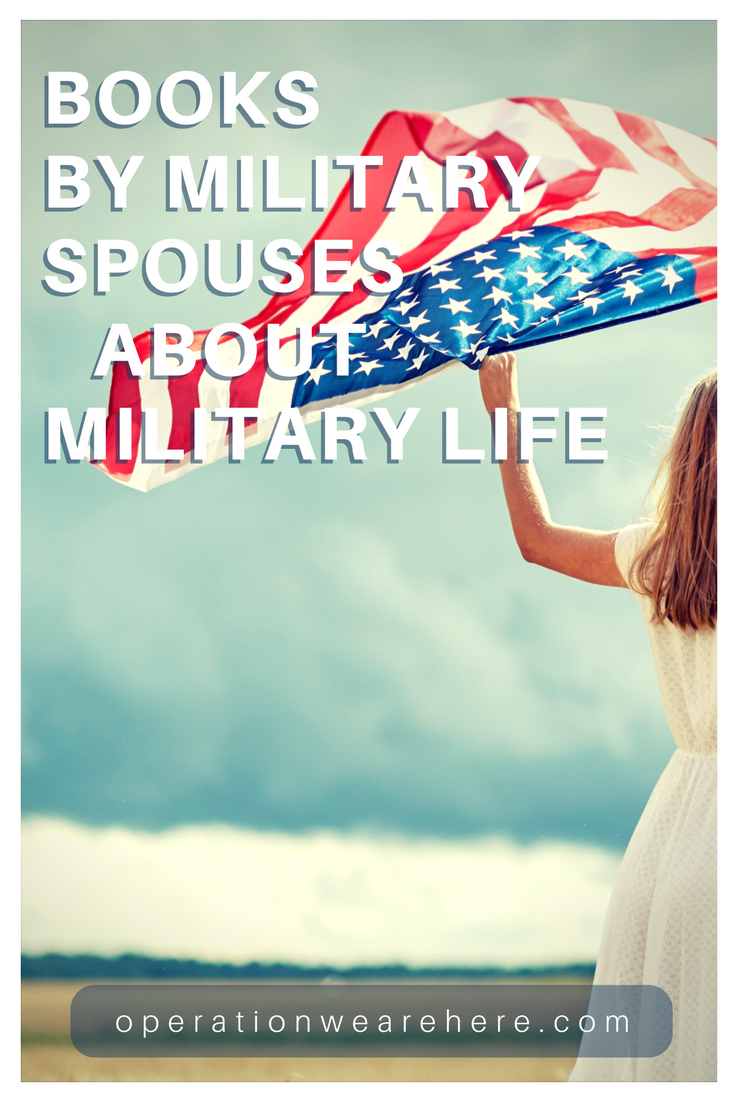