Children's books about the military
Air Force, Army, Marine Corps, Navy
and books about military family life
Return to Military Children & Teen Resource Directory - LINK
Return to Books for the Military Community & Supporters - LINK
Benita Koeman of Operation We Are Here is a participant in the Amazon Services LLC Associates Program, an affiliate advertising program designed to provide a means for sites to earn advertising fees by advertising and linking to Amazon.com. When you purchase a product that is linked to Amazon, I earn a small commission which in turn helps me to continue with my mission of providing resources to the military community and military supporters. Learn more...

Back to top
Copyright 2008 - 2021 Benita Koeman, Operation We Are Here.  All rights reserved.
Operation We Are Here is a HUB of RESOURCES for the military community and military supporters.
Military support is not a concept to embrace; military support is sacrificial action. Visit our military support TOOLKIT.
Alpha Bravo Charlie: The Military Alphabet
Author: Chris L. Demarest, Copyright @ 2005
Ages 4-8
Using words to represent each letter of the alphabet is called the International Communications Alphabet (ICA). This alphabet is utilized by the United States military and throughout all civil aviation to clarify and strengthen communications.
Complete with the signal flags that the United States Navy has created to give each letter a color-coded shape, Chris Demarest's dynamic alphabet book honors the men and women who have served, are serving, or will serve in our armed forces -- and will thoroughly engage young​ children.
A Marine's Tail: Chesty Goes to Boot Camp
Author: Brandon Barnett, Copyright @ 2011
Ages 3+ as a picture book, ages 7+ as a reader
Chesty is no ordinary bulldog. He is the mascot of the United States Marine Corps and he lives in the historic Marine Corps Barracks in Washington DC. In this book, children can read about how it all began for Chesty...at Marine Corps Recruit Depot (a.k.a Boot Camp). In this colorful rhyming book, you'll get to follow Chesty as he stands on the yellow footprints, meets his Drill Instructors, and learns what it takes to be transformed into a United States Marine.
America's White Table
Author: Margot Theis Raven, Copyright @  2011
The White Table is set in many halls as a symbol for and remembrance to service members fallen, missing, or held captive in the line of duty. Solitary and solemn, it is the table where no one will ever sit. As a special gift to her Uncle John, Katie and her sisters are asked to help set the white table for dinner. As their mother explains the significance of each item placed on the table Katie comes to understand and appreciate the depth of sacrifice that her uncle, and each member of the Armed Forces and their families, may be called to give.
An Army ABC Book
Author: Kristen T. Pirog, Copyright @ 2007
An Army ABC Book is an alphabet book with a distinct military flair. Aspects of life in the US Army are illustrated from A-Z through vibrant, child friendly watercolors. The phonetic alphabet used by the Army is listed under each corresponding letter. An inspirational poem dedicated to the Military child is also included.
A Salute to Our Heroes: The U.S. Marines
Author: Brandon W. Barnett, Copyright @ 2010
Ages 4 and up
Salute to Our Heroes: The U.S. Marines has skillfully captured the essence of more than 200 years of Marine Corps history, along with the Corps' core values of honor, courage and commitment, in a way that will keep a child's attention from cover to cover. The hardback book is written in a delightful rhyming cadence with Chesty the Bulldog, the Corps' mascot, giving a fun-filled, exuberant account of life as a Marine.
Chesty begins his narrative on the yellow footprints of a U.S. Marine Corps Recruit Depot, where every recruit's journey begins: "Marines first go to boot camp, where drill instructors are loud. If they pass, they become one of the few and proud."
Captain Cat
Author: Syd Hoff, Copyright @ 1994
Guess who has joined the army! Captain Cat, that's who. He has whiskers and paws, and more stripes than the soldiers have ever seen. But most important, he has a best friend who can make an army barracks feel like home.
Captain Mama's Surprise, La Sorpresa de Capitán Mamá (Bilingual)
Author: Graciela Tiscareño-Sato, Copyright @ 2017
Ages 5-8
In this second book in the bilingual Captain Mama series, Marco and his sisters, whose mother is a U.S. Air Force aviator, visit the KC-135 aerial refueling tanker on a field trip with his second grade class. The children and their teachers meet the aircrew and the crew chief, tour the airplane to understand its unique parts and learn what each crew member does as they work together onboard this gas station in the sky. Includes a STEM activity for children to learn basic aircraft terms and structure plus glossaries in Spanish and English of aviation terms in the text.
Extra Credit

Author: Andrew Clements, Copyright @ 2009
Ages 8-12
It isn't that Abby Carson can't do her schoolwork, it's just that she doesn't like doing it. And that means she's pretty much failing sixth grade. When a warning letter is sent home, Abby realizes that all her slacking off could cause her to be held back -- for real! Unless she wants to repeat the sixth grade, she'll have to meet some specific conditions, including taking on an extra-credit project: find a pen pal in a foreign country. Simple enough (even for a girl who hates homework).
Abby's first letter arrives at a small school in Afghanistan, and Sadeed Bayat is chosen to be her pen pal.... Well, kind of. He is the best writer, but he is also a boy, and in his village it is not appropriate for a boy to correspond with a girl. So his younger sister dictates and signs the letter. Until Sadeed decides what his sister is telling Abby isn't what he'd like Abby to know...
Go Army! Beat Navy!
Author:​ Kathy Borkoski, Copyright @ 2017
Ages 4-8
Go ARMY! Beat NAVY! Teach your children early about the joy of beating Navy. Even if they cant read, they can shout, Go Army, Beat Navy! The Army-Navy rivalry is one of the nations most famous and long lasting college rivalries. This rivalry goes beyond the football field and is embraced by each schools student body. Reading books with little ones is an amazing time for connection and shared experience. Let Go Army! Beat Navy! be the beginning of a new Army-Navy tradition!
Good Night Captain Mama, Buenas Noches Capitan Mama (Bilingual)
Author: Graciela Tiscareno-Sato, Copyright 2013
Ages 3-8
A little boy named Marco is walking to his bedroom in pajamas carrying his stuffed puppy dog when he notices his mommy in an olive-green military flight suit. His curiosity about the colorful patches on her uniform evolves into a sweet, reassuring bedtime conversation between a military mother and her child about why she serves and what she does in the unusual KC-135R aerial refueling airplane. He drifts off to sleep with thoughts of his mommy in the airplane and the special surprise she gave him stuck to his fleece pajamas. This unique book was written by a Latina military officer and former aviator. It's the first bilingual children's book, in English and Spanish, about why mommies wear military uniforms.
H is for Honor
A military family alphabet

Author: Janan Cain,  Copyright @ 2006
Ages 4-8
The Way I Feel is a delightful book that helps kids describe their emotions and understand that feelings are a normal part of life. Vivid, expressive illustrations fill every page with color, encouraging children to understand their emotions (and those of others). For parents and teachers, The Way I Feel provides a means of introducing both the concept of feelings and the vocabulary that helps children express their emotions with words.
This is the C-130 Hercules
Author: Loraine Nunley, Copyright @ 2012
​The C-130 Hercules aircraft is one of the most versatile and well-respected transport planes in the Western world. While its usage has been largely military, its long-standing design has made it the perfect choice for many kinds of tasks, both in the military and civilian worlds. While this book is intended to introduce children to this wonderful aircraft, adults may also find themselves eager to learn more about this cherished workhorse.
U.S. Navy Alphabet Book
Authors: Sammie Garnett and Jerry Pallotta, Copyright @ 2004
Ages 6 and up
Anchors Aweigh! An alphabetical tour of the U.S. Navy. Learn about the Navy Seals, find out the difference between a boat and a ship, discover the Navy's very own alphabet, and much, much more.
Way of the Warrior Kid
Author: Jocko Willink, Copyright @ 2017
Fifth grade was the worst year of Marc’s life. He stunk at gym class, math was too hard for him, the school lunch was horrible, and his class field trip was ruined because he couldn’t swim. But what was most awful thing about fifth grade? Kenny Williamson, the class bully, who calls himself the "King of the Jungle."
When Marc's mother tells him that his Uncle Jake is coming to stay for the whole summer, Marc can't wait. Uncle Jake is a for real, super-cool Navy SEAL. And Uncle Jake has a plan.
He's going to turn Marc into a warrior.
Becoming a warrior isn’t easy. It means a lot of pull ups, sit ups, pushups, squats, swimming, eating right, and studying harder than ever before! Can Marc transform himself into a warrior before school starts in the fall – and finally stand up to the King of the Jungle himself?
The Way of the Warrior Kid is a new illustrated chapter book by #1 New York Times-bestselling author and retired Navy SEAL Jocko Willink.
Way of the Warrior Kid
Marc's mission
Author: Jocko Willink, Copyright @ 2018
New York Times-bestselling author Jocko Willink delivers a second powerful and empowering Way of the Warrior Kid book about finding your inner strength and being the best you can be, even in the face of adversity in Marc's Mission.
West Point A-Z
Author: Mike Nemeth, Copyright @ 2012
For the fan of West Point looking to introduce the history and fun of the United States Military Academy to their newest family member, this children's book is the perfect gift. From Eisenhower to Room Standards and Black Knights to the Long Gray Line, experience historical West Point from A to Z and everything in between.
When I Grow Up I Want to Be in the US Army
Jake learns about the U.S. Army
Author: Wigu Publishing, Copyright @ 2014
When Jake’s teacher assigns a “career” project, Jake decides he wants to be a soldier in the United States Army. Jake and his father visit an Army surplus store to find items he can use to present his project. As they search the store, each item makes the history and proud spirit of the U.S. Army come to life for Jake and readers alike. Through Jake’s discoveries, readers are introduced to the history of the U.S. Army, what soldiers’ duties include, and the equipment they use.
Who is Sam the Soldier?
Author: Erin Morris, Copyright @ 2019
Ever wonder what a soldier actually does? Why does he dress that way? Could I be a soldier one day? Private First Class Sam Smith is a soldier in the U.S. Army. Come along with Sam as he tells all about what its like to live, work, and (even) relax like a soldier. 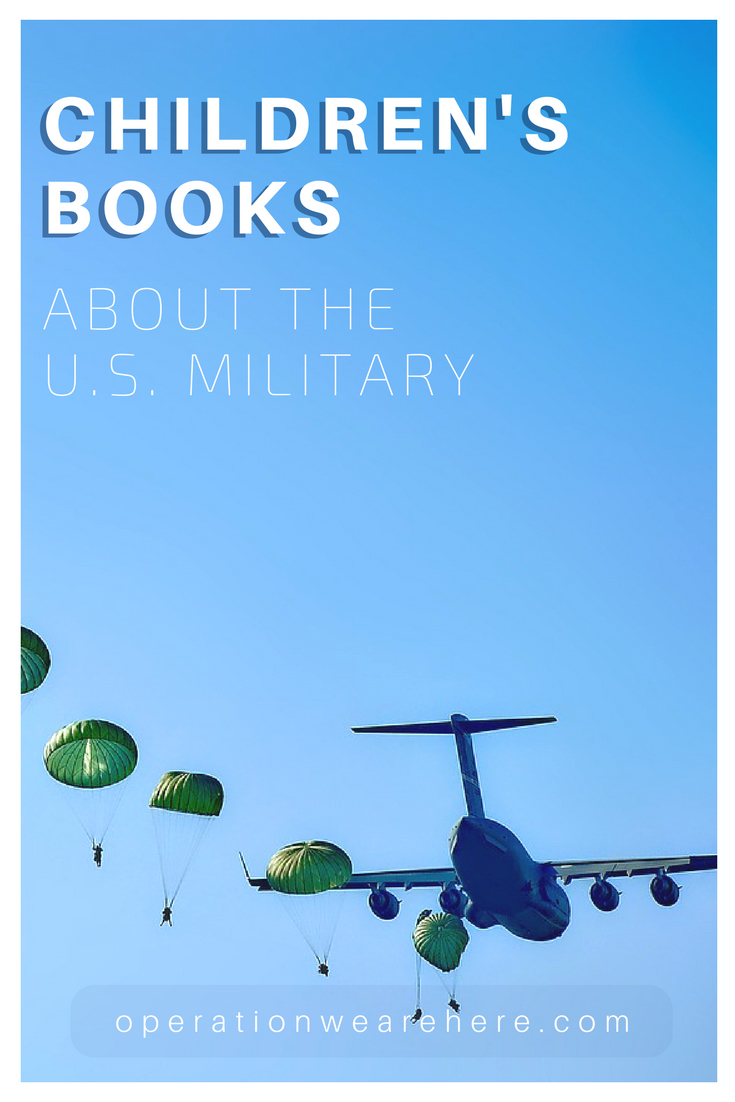 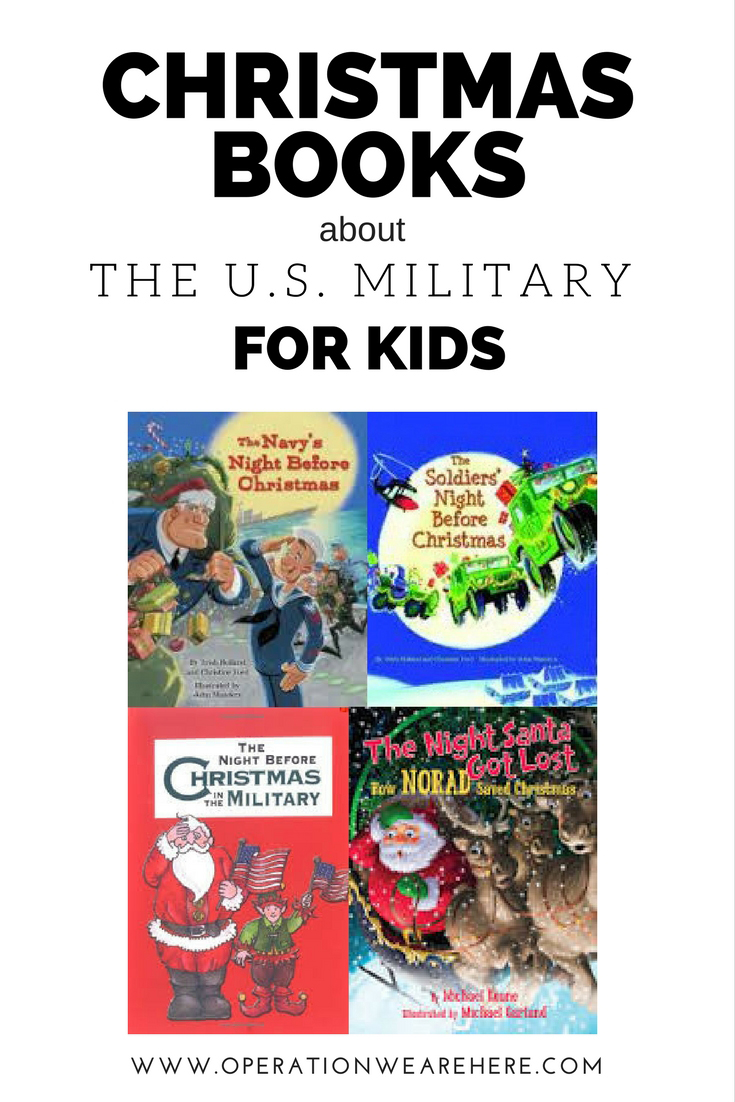 Be sure to check out these ADDITIONAL resources:
Military children's books about
Books for military teens
Deployment journals
Deployment support for